Holbox / hol-bosh / is an island located northwest of the Yucatan Peninsula. Its name derives from Mayan and means «black hole». It is 25 miles long and .9 miles wide. Less than 10% of the island is inhabited, as it is part of the protected natural area of Yum Balam. The island has changed over the years, it has transformed from a secret natural gem to a rustic but glamorous tourist destination much appreciated by Europeans. Despite the growing tourism and some occasional hurricane, the island and its beaches still offer beautiful landscapes.

After an hour and a half drive from Playa del Carmen, we arrived at Chiquilá, the port where ferries and boats leave for Holbox. Once at the pier, we decided to hire a boat tour to take advantage of the area and the short time we had to our disposal (for security reasons the boats cannot return after 6pm).

1. SWIM IN THE CENOTE YALAHAU

The first stop of our tour was at the Cenote Yalahau, a small eye of fresh water. Even though the access was controlled, the cenote was full of people. However, the views of the mangroves and the peninsula that could be seen from the viewpoint were impressive. 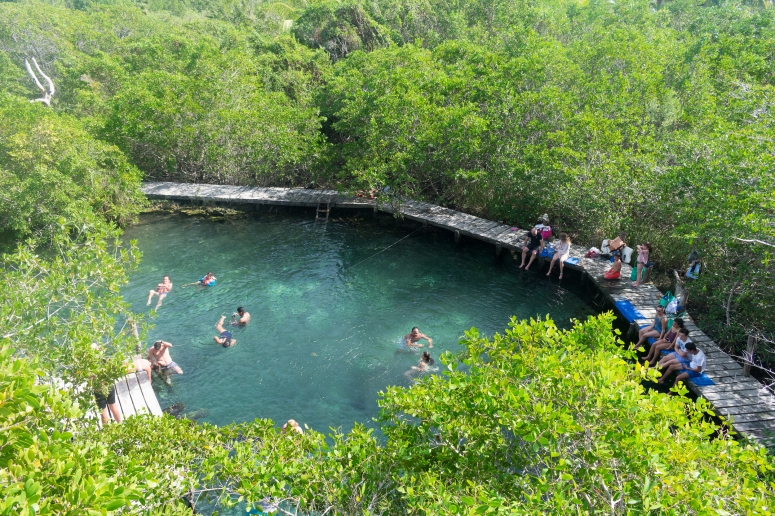 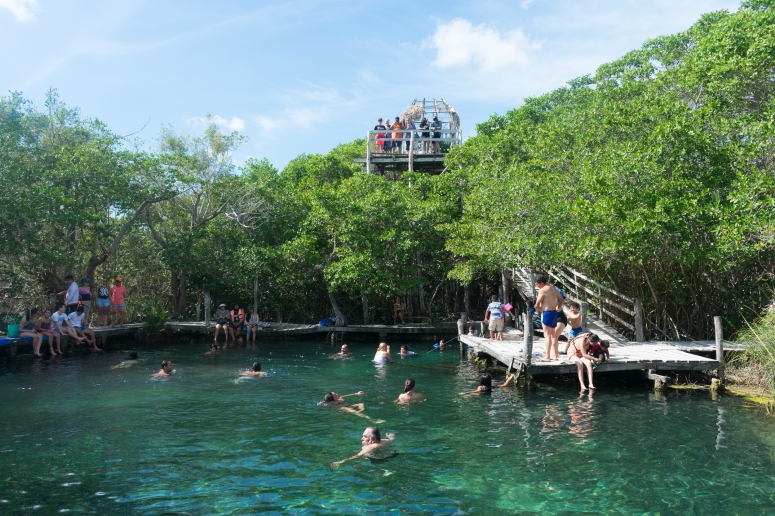 After a short swim in the cenote, we headed towards Isla Pasión, a small islet with many sandbars and a bird watching point. This place was simply magnificent. You can walk all around the island, and enter into the sea for many meters without sinking more than 2in.

3. FLAMINGOS ON THE ISLA DE PÁJAROS

The flamingos arrive in this area during the months of December-April. We managed to see some in the distance. However, the guy who gave us the tour told us that every year fewer flamencos arrive in the Holbox area, partly because of the noise of the private planes that fly to the island.

As we approached the port of Holbox, we could observe a destroyed ship. According to our guide, it is one of the last ships that arrived from Cuba, transporting in it several immigrants. Due to its geographical position, Holbox is one of the places where many boats, with people leaving their country in search of better opportunities, arrive in Mexico.

On the island, there are no cars. Taxis are golf carts and people move by foot or by bicycle. The sand streets are full of different businesses with a very hipster and bit European ambiance. You can see nice restaurants with wooden swings, markets with organic juices, murals, as well as very lively and colorful houses. 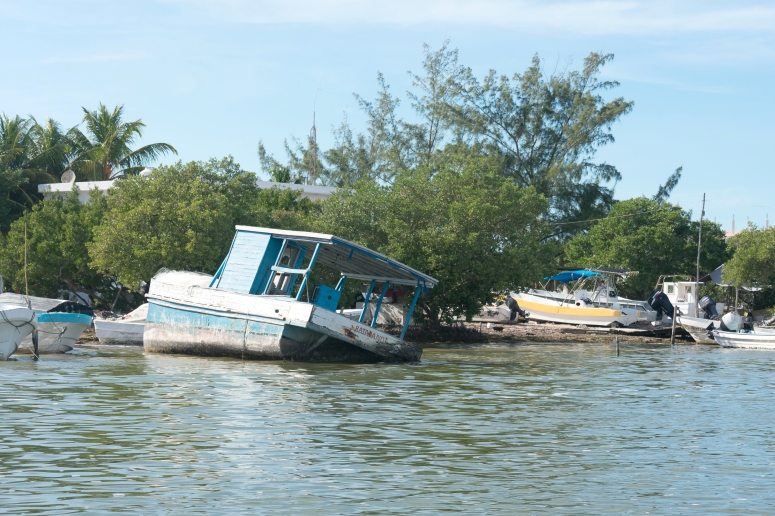 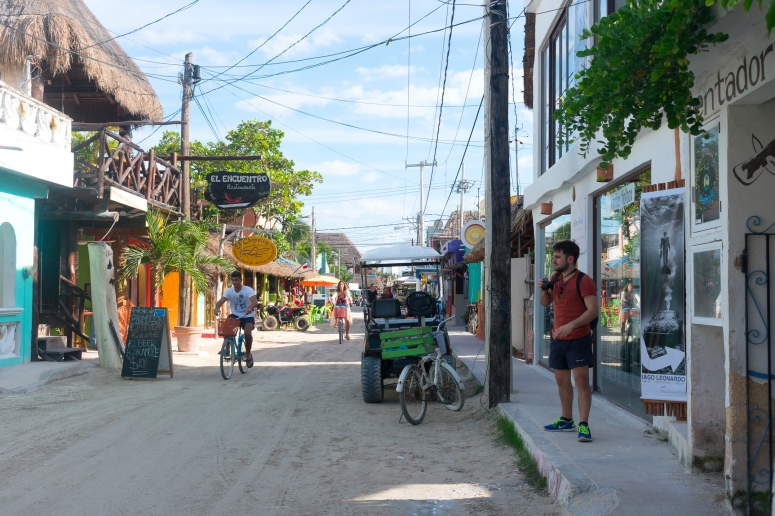 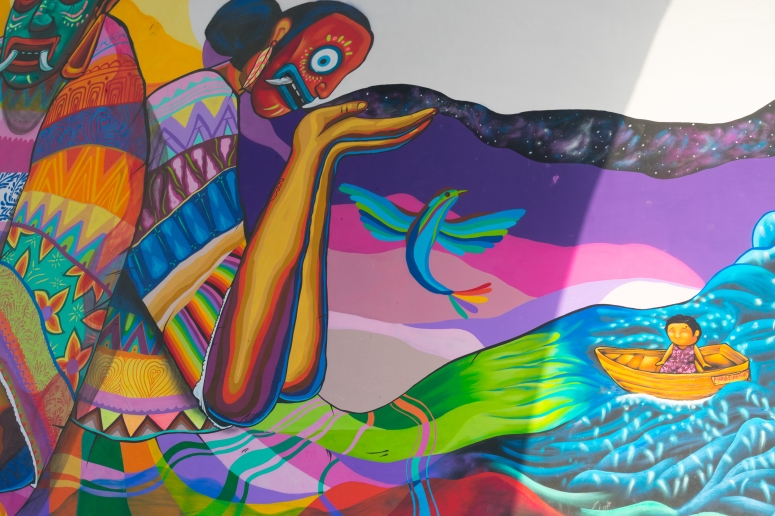 The atmosphere is very relaxed, and the products found in the souvenir shops are generally very beautiful and more artisanal than the ones you can find on the beaches of Cancun or Playa del Carmen. 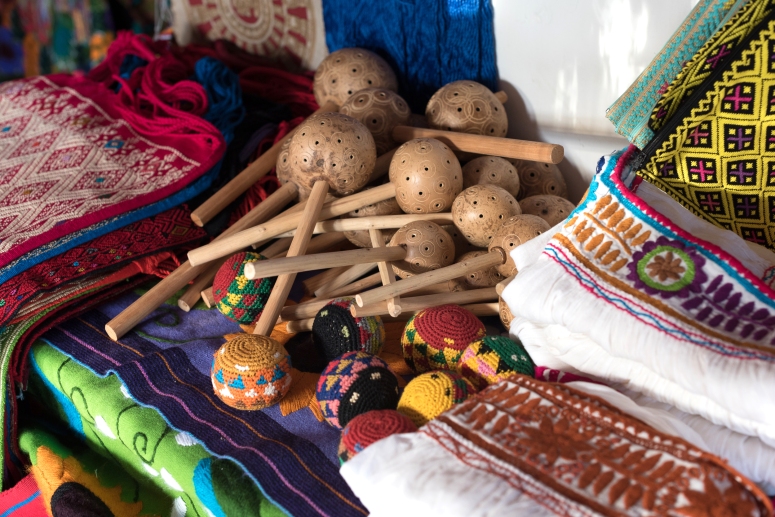 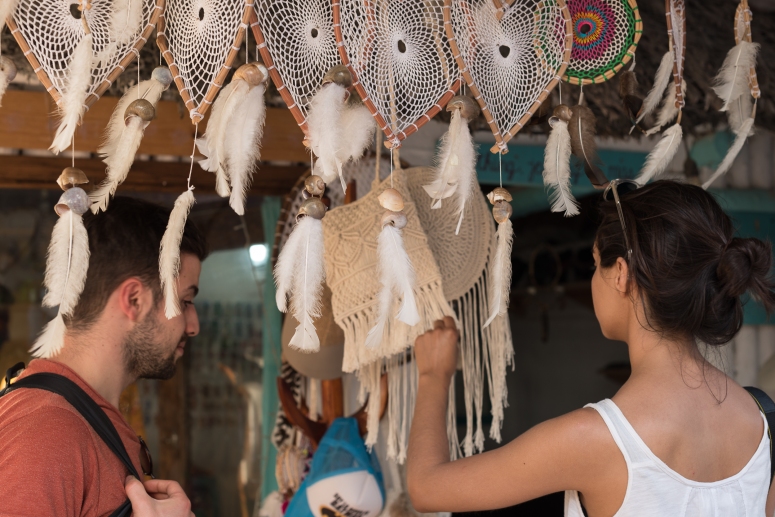 6. WALKING ALONG THE BEACH

There are many hotels on the coast, at least in the central part, so many beaches are not as accessible or not as wide as some years ago. However, there were some paths near the coast, which unfortunately we did not manage to use, where we saw people riding bicycles. 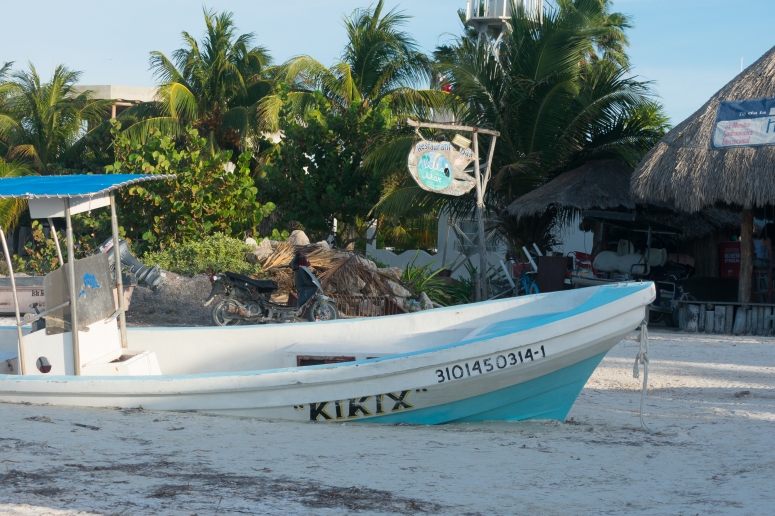 Back in the dock, we stopped by one of the famous Marquesitas stands, originally from Yucatan state. These are a kind of like a crunchy crepe. The man to who we bought had a very large selection of fillings, from the classic Nutella to Dutch Gouda cheese!

We spent a very pleasant and peaceful day in Holbox. The tranquility of the Isla Pasión made me remember when as a child my parents took us to this reserve to collect shells. Having visited this place in the late 90s, I can say that the island has changed, and maybe it needs a little more order and cleanliness in the streets. However, it is still a much quieter place than Tulum or Puerto Morelos.